In the morning in Istanbul. It was foggy and a bit misty. 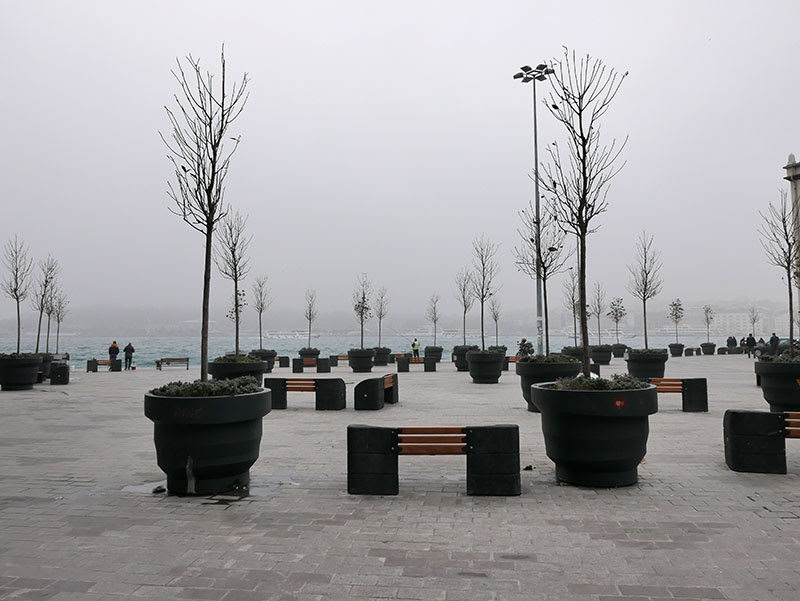 It was Friday and commuter time. Numbers of ferry boats are going around. 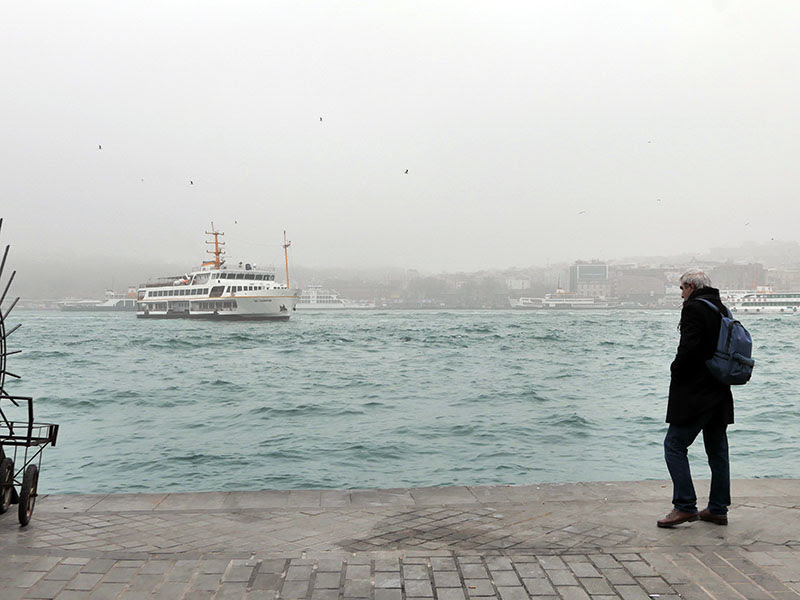 These ferries are relatively bigger ones, crossing Bosphorus Strait to/from Asian side of the city.

Simit, Turkish sesame sprinkled bagles, are sold like this. Typical sights in Istanbul. 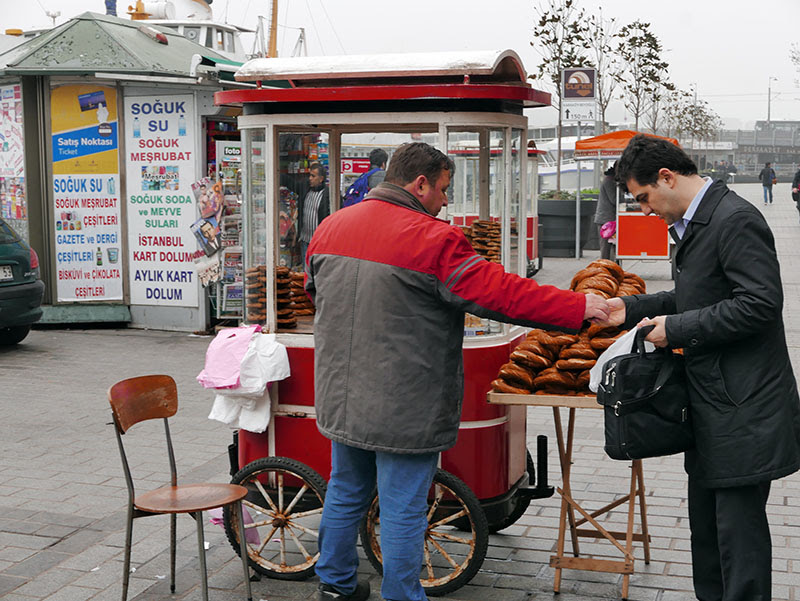 A young guy is buying simit from the seller.

I arrived at tram station, took just one stop to Eminonu, the other side of Garata bridge. 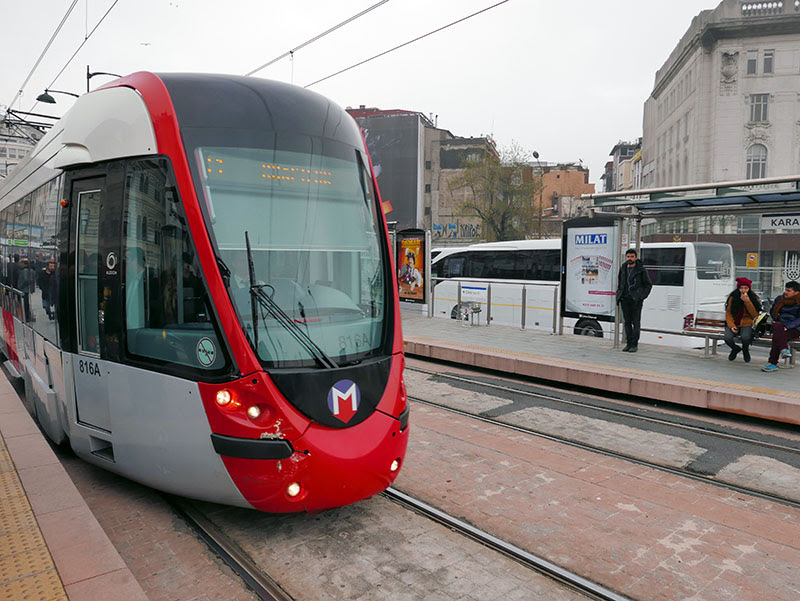 The tram line T-1 is operated with low-floored VVVF powered modern cars, well, made by Alstom, the sign suggests.

From the tram station to Hacı Bekir, the Loqum shop, is only a block away. 2 minutes on foot. 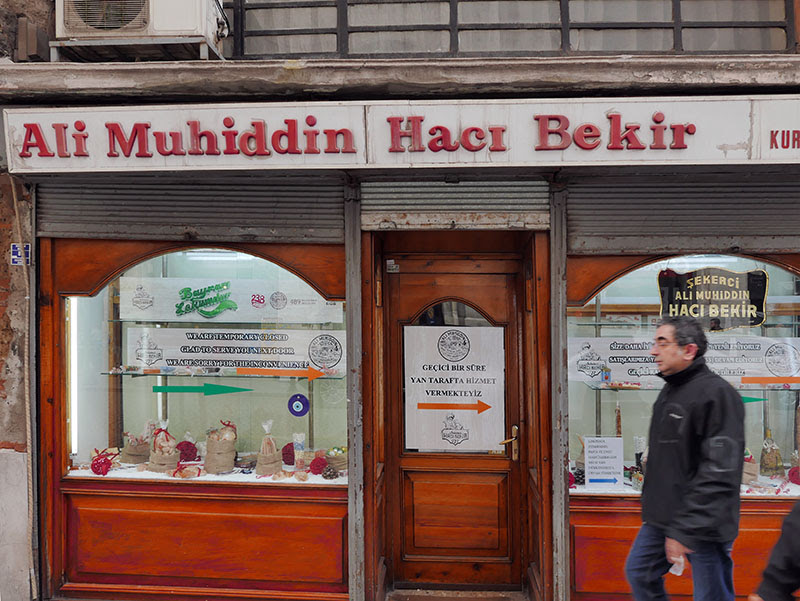 However, the old shop is closed and the point of sales moved to the next door...

Here's inside of the shop. 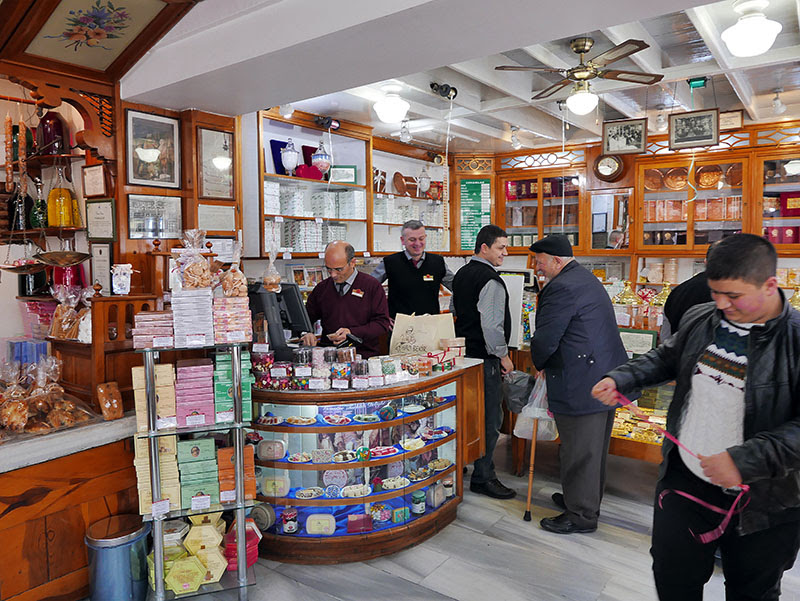 It's just after 9 am and is already busy.

...so many loqums. I am totally confused. 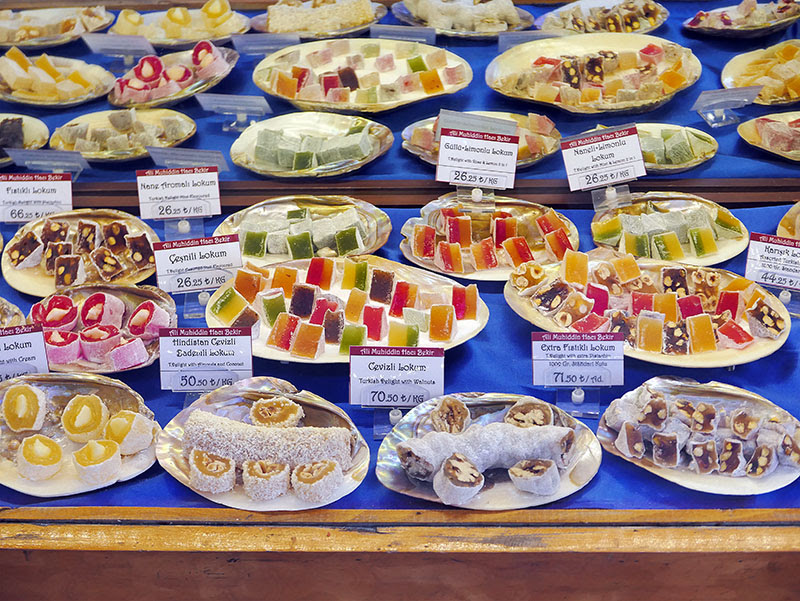 Those fresh ones are relatively too soft to bring back. So I had to choose redy-packed in cardboard boxed ones because they guaranteed the taste must be 'almost similar' to the fresh ones. So... I purchased 'double-roasted' extra pistachio and walnut ones. But next time, I would like to try "rose water" or "cream in the center" because rose essence is one of the Turkish specialties. I have to ask seller a piece I wish to taste, otherwise I might grab a Turkish Delight flavored with perfume...

Now returning to the hotel room with holding bags of Turkish Delights. 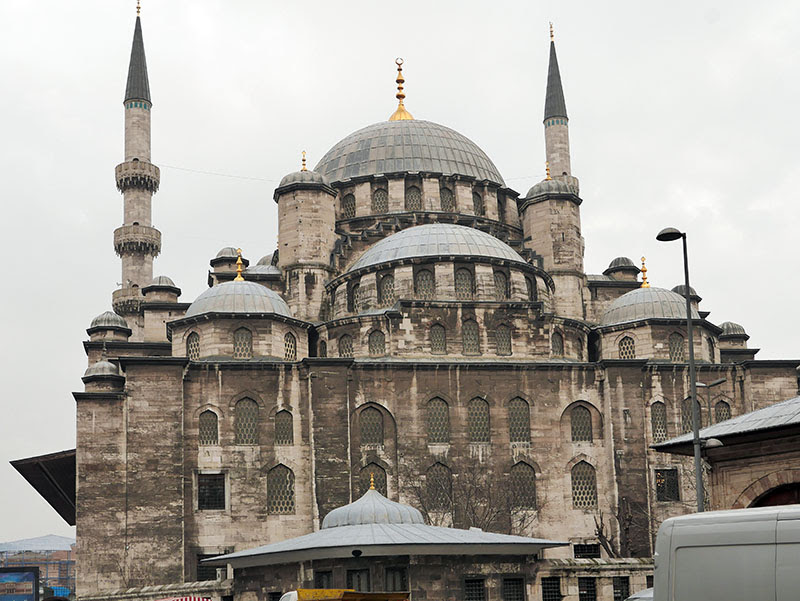 There is a big mosque "Yeni Camii", means "New Mosque", between Eminonu station and the Loqum shop. I certainly remembered this mosque because my spouse J was pretty much impressed the "New" mosque was built in 1600s.

In front of the mosque, there was a red tabby-san. He supposedly is a free-range, feral cat. 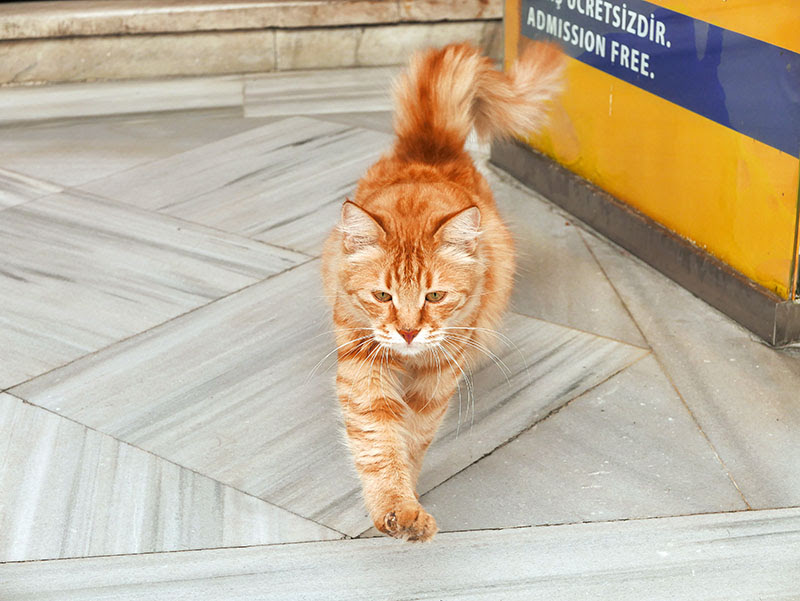 In Istanbul, there are lots of kitties. Most of traditional Muslims don't have dogs because the saliva of a dog is "ritually impure" due to Qur'an? Therefore, instead of having dogs, there are bunch of kittens around. It is a fun for feline lovers like me but... some of them are very friendly, then my concern is the flea. Otherwise are not so friendly but sometimes vicious. I have to be careful from the severe scratches.

Taking the tram back to the hotel room, but I stopped by for my sweet tooth... 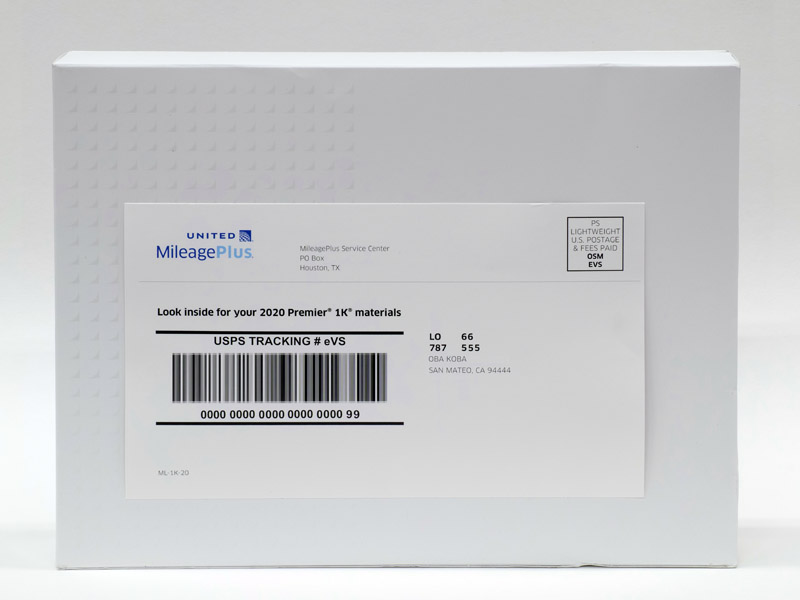