The first segment to Barcelona is a coast-to-coast flight: SFO to EWR, Newark, NJ. 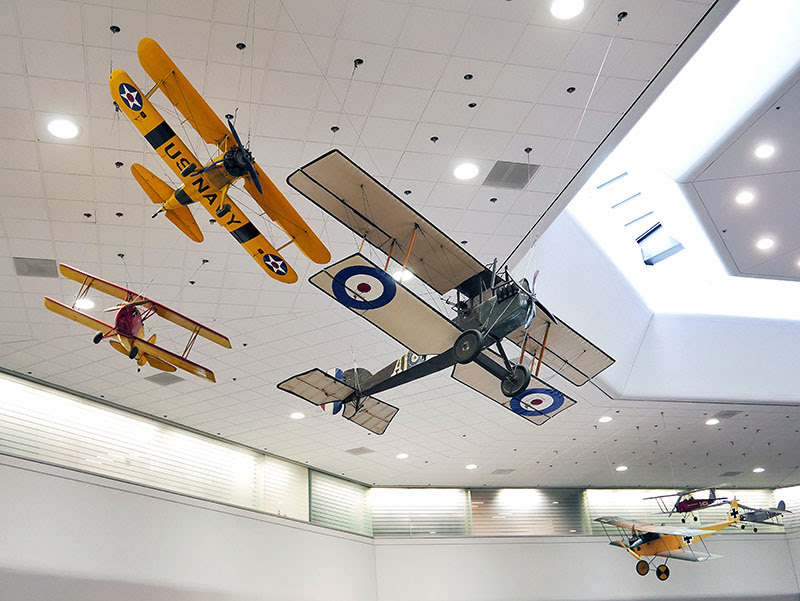 Under the ceiling of the intersection of T3F gates, there are mockups of classic air fighters. 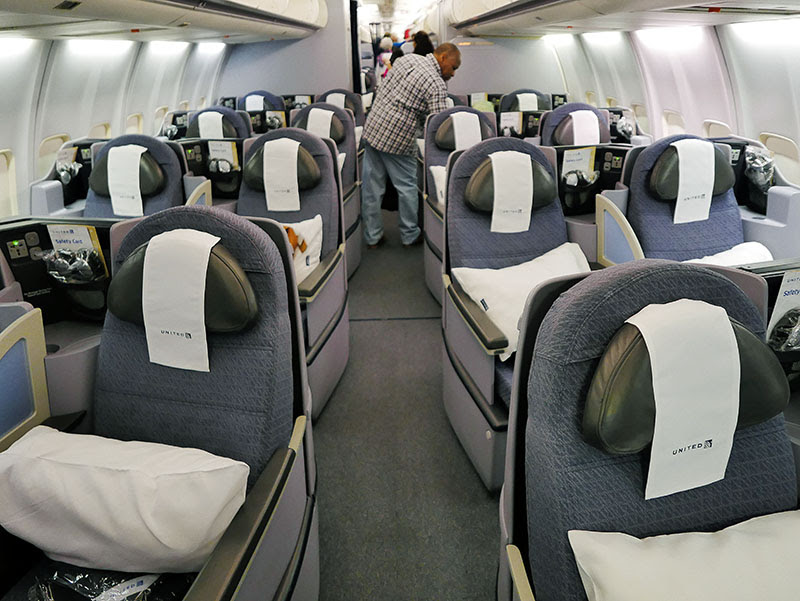 The equipment was newly assigned United's p.s. service which was moved from JFK to EWR. I got seat 2E, BusinessFirst® cabin. This was my first time boarding 2-class p.s. flight. My previous experience with p.s. was in October 2012 to JFK, which was still former UA 3-class flight and we were in United First cabin. 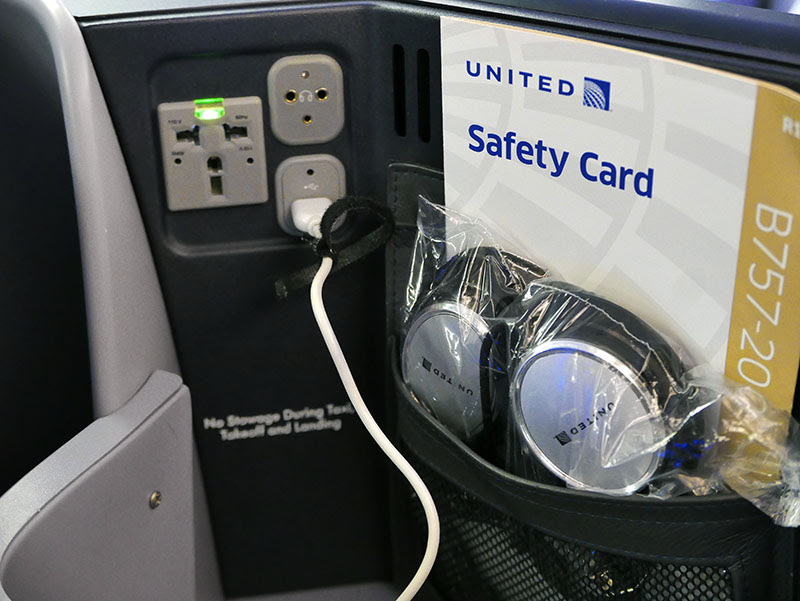 Power supplies are the same: universal AC connector at 110VAC, Apple device compliant USB charger and noise cancelling headphone connector. On this day, I used my Bose QC20i which gave the quietest noise cancelling result so I didn't use United's one. But I replaced it to QC20 for Apple Devices in white, the modified version later. Surprisingly, the difference wasn't just a color but a quality of noise cancellation. I am a happy camper I decided to replace my earbuds.

Now the flight was about 4.5 hrs to Newark. 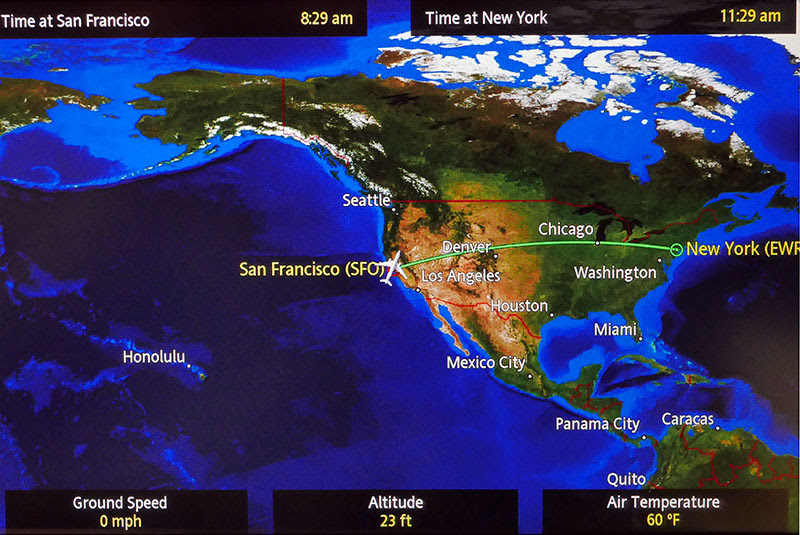 Personal LCD screen and the air show are the same as International equipment too.

Unexpectedly, the English Tan colored amenity kit was provided. This is a good surprise. 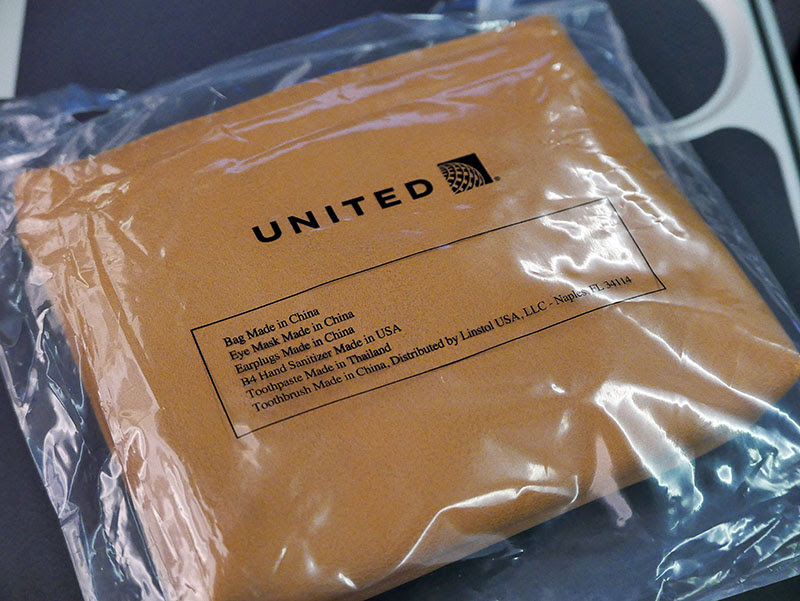 Another pitiful service on p.s. only is; Go Go Inflight Internet service. 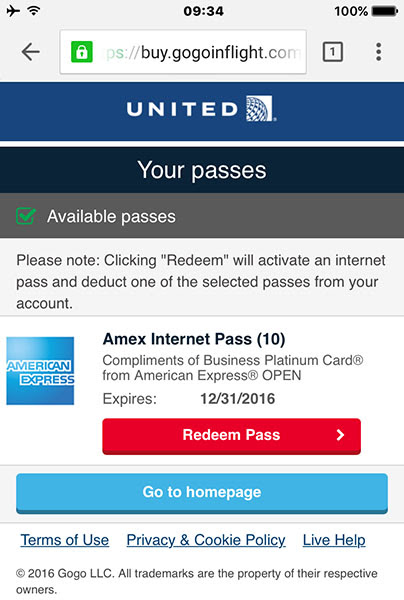 American Express Platinum or Centurion cardmembers receive 10 passes of Go Go Inflight Internet annually. This advantage was only available on p.s. flights and not applicable on other United flights, which is quite pity.

Well... the actual connection speed was disappointingly slow too. 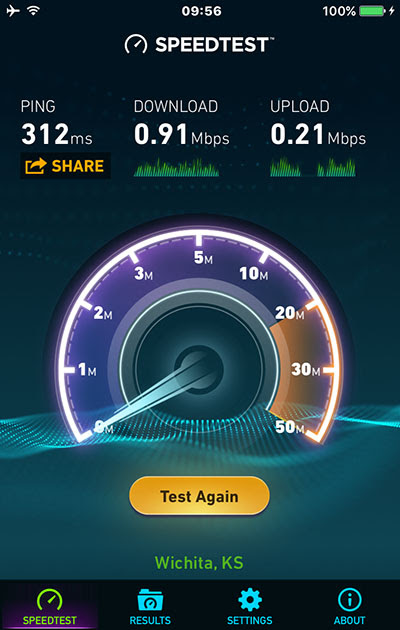 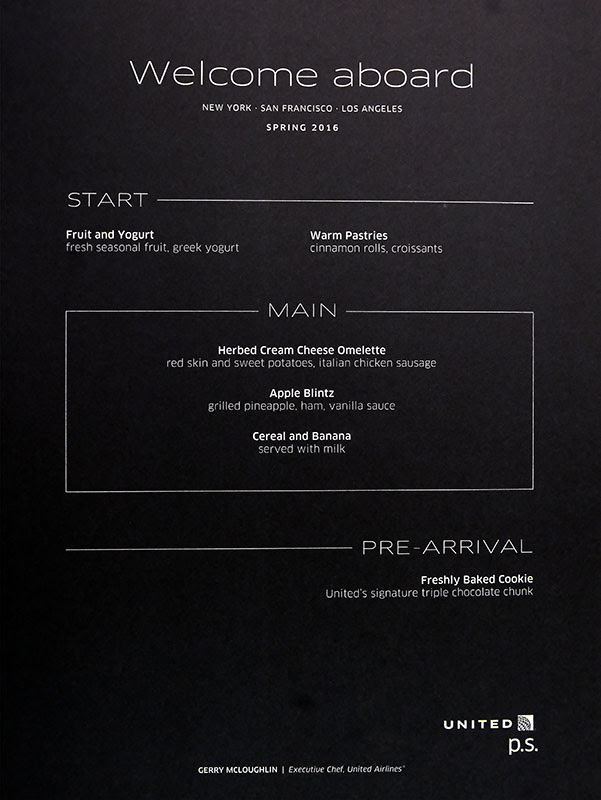 In breakfast time, three options are available for the main course.

...and actually, they serve the starters, followed by the main course, which is different from other domestic flights too. 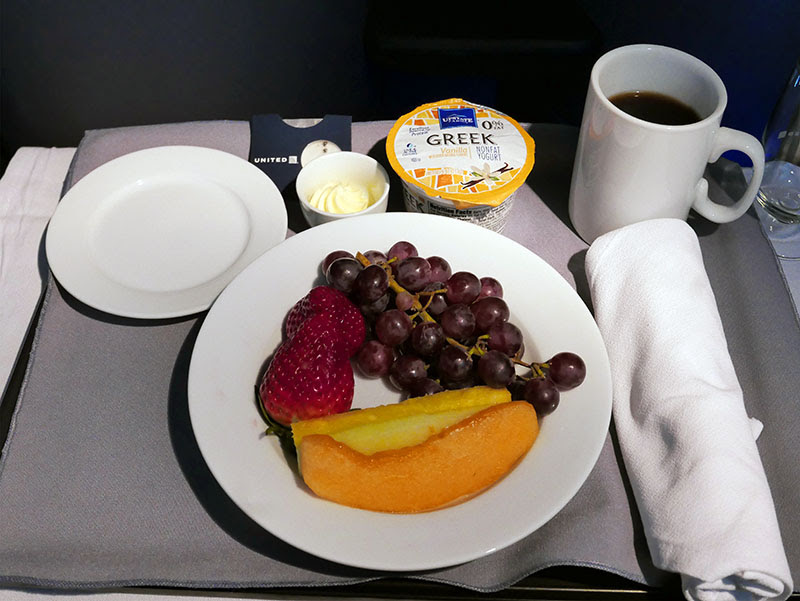 Fruit and Yogurt have been served. well... in other United First cabins, they just serve everything at the same time. The amount of the fruits are a little larger, but no significant difference can bee seen.

Breads are served like this. (Thanks to Ms. cabin attendant accepting my request taking picture of bread basket) 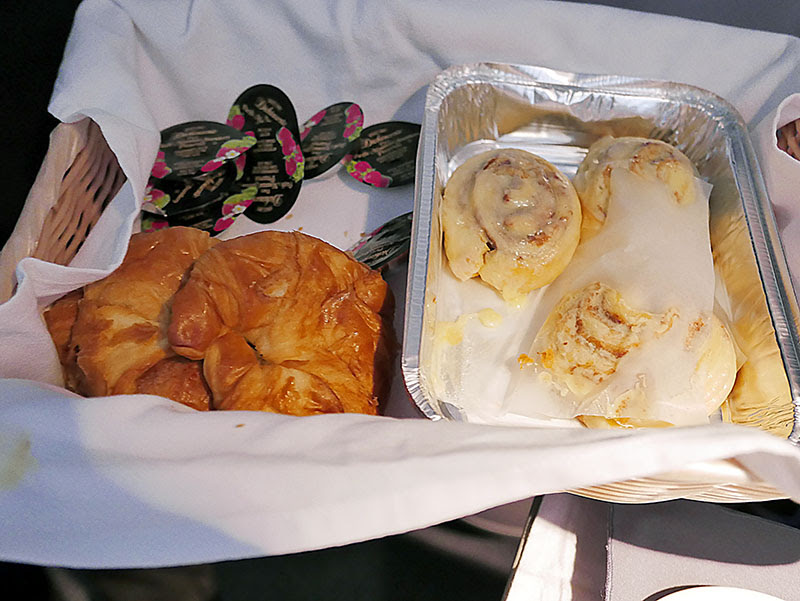 ...and this is the unique main course I never seen in United First. 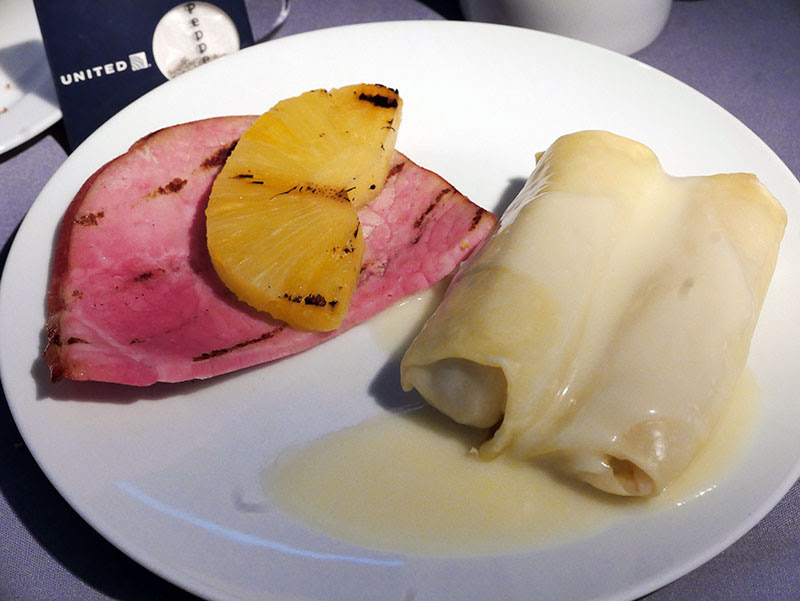 If I try to explain instantaneously, the apple blintz is a rolled crape with apple-pie filling. United version was so-so. Not too shabby but not super tasty either. However, it was fun having something different – not an omelette, nor a bowlful of serials with milk. The sides, combination of ham and pineapple feels like Hawaiian but not bad at all actually.

Then flight continues... nothing special, but United's lie-flat seat was comfortable. Maybe my body has been adjusted for United cabins.

After passing by Illinois, as usual, hot baked cookie has been offered. 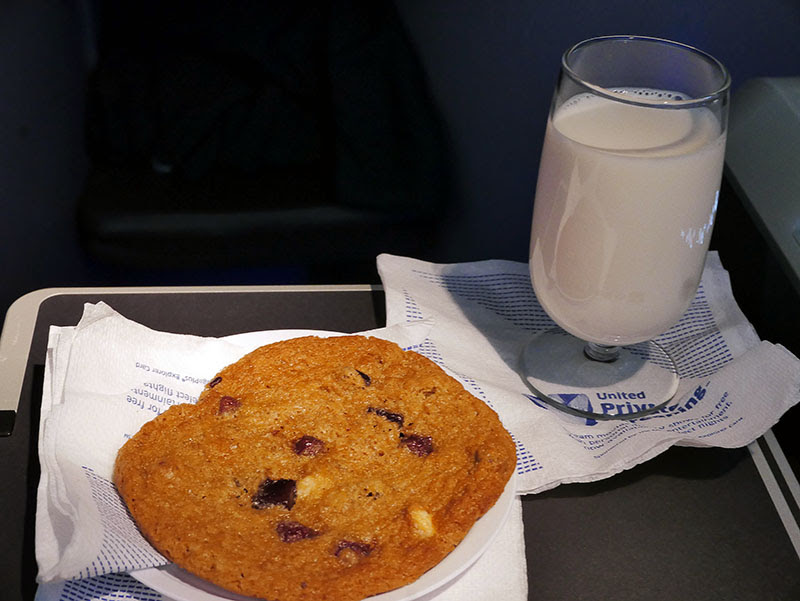 Ms. attendant asked me "Anything would you like to have with your cookie, sir?" then I replied "A glass of milk, of course." ...yes, I still have baby palate, I think. I do like this hot cookie service prior to arrival, with cold milk, of course. ☺ 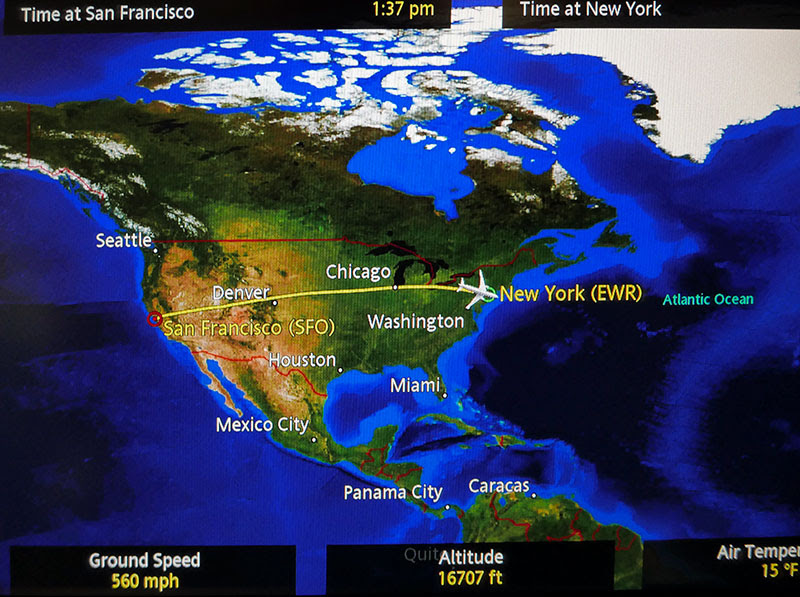 Another on time arrival by United!  ←several years ago, we had to listen this announcement quite often, when United was proud of #1 on time service... sigh.  After disembark the p.s. plane, I went into United Club for taking a break... 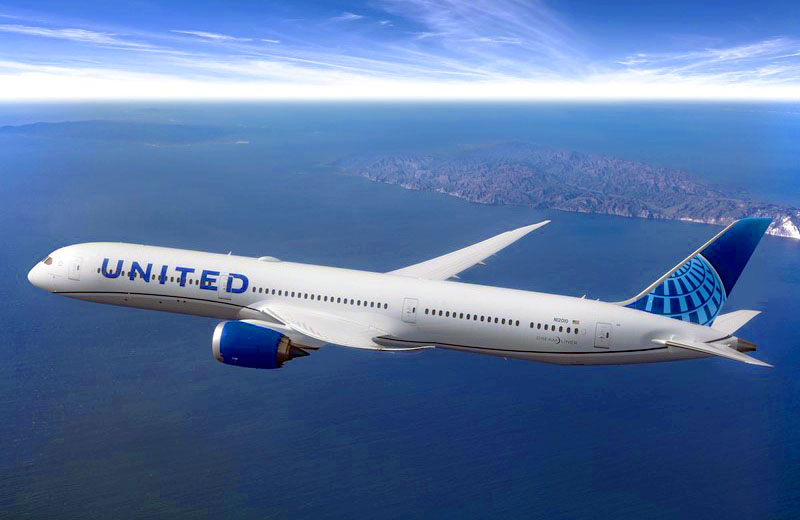